Nexus 9 is the latest Android tablet, made in collaboration with Google and HTC, running the latest Android 5.0 Lollipop OS. The tablet comes with some pretty good specifications – a Dual-core 2.3 GHz Denver CPU under the hood along with 2 GB RAM. It has a Kepler DX1 GPU. But still, to get the most out of your tablet, rooting, unlocking Bootloader and installing recovery are a must.

Soon there will be lots of custom ROM and tweaked kernel available for Nexus 9 as the tablet is selling like hot cake and developers too are attracted toward it. Xda dev forum has already reported some development going for Nexus 9.

tip: Once rooted you must try Xposed firmware 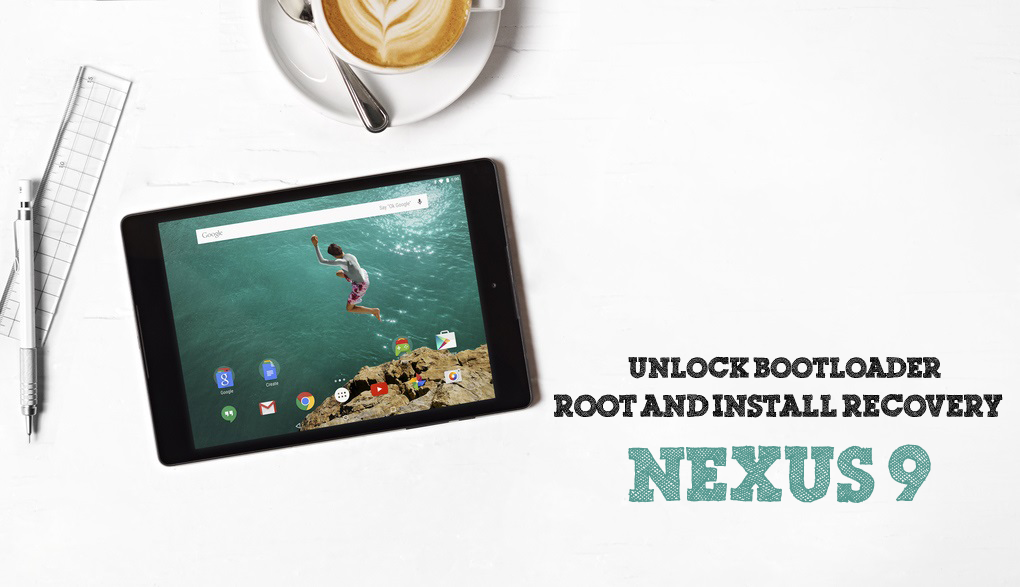 How To Unlock Nexus 9 Bootloader

Nexus 9, like all other tablets out there, ships with its Bootloader locked. But if you want to install custom ROMs you need to unlock it. So here goes the tutorial of unlocking its Bootloader.

(Please make a full backup before attempting anything, since your data can be wiped.)

Before we start, you need to go through a few preliminary steps –

So, now that everything is ready let the fun begin!

Note: For Mac users, you need to put a “./” before the commands(without the quote) for the commands to work.

How to root Nexus 6

So now that the Bootloader is unlocked, you can install custom ROMs like Cyanogen MOD, Paranoid Android, MIUI etc. But before that, you need to install a custom recovery like TWRP recovery to help you make backups of system files and restore them, if needed.

So before starting the tutorial, you need to download the recovery image file from this website- Nexus 9 recovery image. Remember that this is only for Nexus 9, and must never be used on any other Android device or else your device might be bricked.

The following steps will assist you in installing the recovery software.

How to Root Nexus 9

Rooting this tablet is actually extremely easy, and the entire credit goes to developer Chainfire, who has created an awesome tool called CF Auto Root. This tool can easily root your Nexus 9 with just one click! You can download the tool here.

So before starting, you need a few tools ready which you will need during the process.

If you have followed all the steps perfectly, by now your Nexus 9 should be rooted with TWRP recovery installed. These might seem a bit difficult for first timers, but with practice you will realize how easy this is. Happy rooting!