Nexus 6 is the new flagship device and the most powerful resurrection. Motorola and Google has almost put it all to make it one of the beastly device with latest Stock Android v5 Lollipop. Nexus 6 has a Quad Core 2.7 GHz Krait 450 CPU on a Snapdragon 805 Chipset paired with Adreno 420. This is the most latest and powerful specs any phone has currently. But still users who want to root their Nexus 6 and get more out of them would be looking for the custom ROM available for Nexus 6. We have searched it all and found the best available custom firmwares for Nexus 6 phone. We were not able to test the ROMs as we are yet to get our hands on it. But still there are lots of users out there who have tested the ROM and praising them. 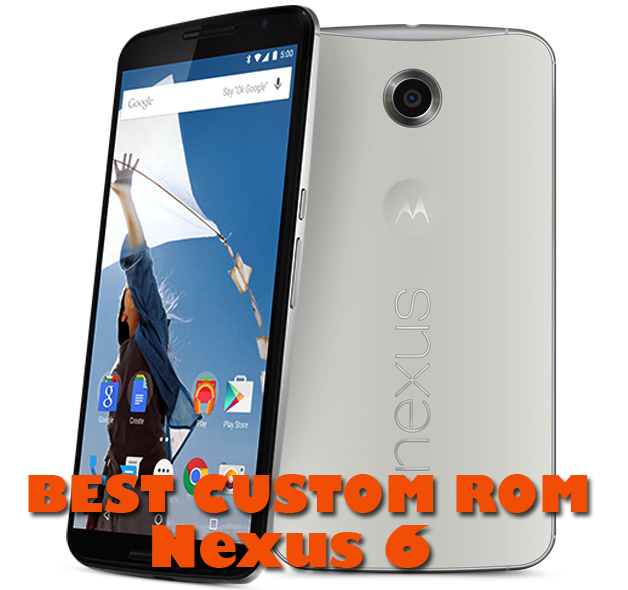 As the name suggest, the ROM is entirely about speed and performance. It is based on AOSP and strips off the unnecessary features of the stock ROM, while making the other features much more efficient to provide a smooth and fluid user experience. Also battery life will increase significantly.

The ROM is still in alpha mode for Nexus 6. As a result, there are still a few inconsistencies that need to be figured out. Many users have reported that all the Google Apps (Google Maps, Gmail, Play Store etc) are not working simultaneously. So, people who are heavily dependent on these apps should probably stay away from this ROM at the moment.

Just follow the steps below to the letter and the setup will be complete in no time.

You can know more about Slim ROM for Nexus 6 from the XDA link – SLimROMs XDA.

OmniROM is another custom ROM which is based again based on AOSP. OmniROM is actually developed from the famous Cyanogen MOD ROM so one can definitely expect some brilliant features from this. It is lightweight, yet is power packed with features that every Android user should cherish.

This ROM has several unique features, some of them have been written below –

This ROM is in alpha version at the moment. The ROM actually can be easily used as a daily driver, however one problem has been found by several users. The advanced settings is force closing. So the options like Flick2Wake cannot be used at the moment.

You can download the ROM from this link – ROM and GApps from here – GApps.

Just follow the steps below to flash the ROM.

You can know more about this OmniROM for Nexus 6 from the XDA link – OmniROM XDA.

Liquid Smooth is actually an aftermarket firmware. Like the other ROMs above this, it is also based on AOSP. This, too, focuses on smooth performance and then allows its users to add the features they want later.Some users have also reported a better battery life compared to stock firmware. 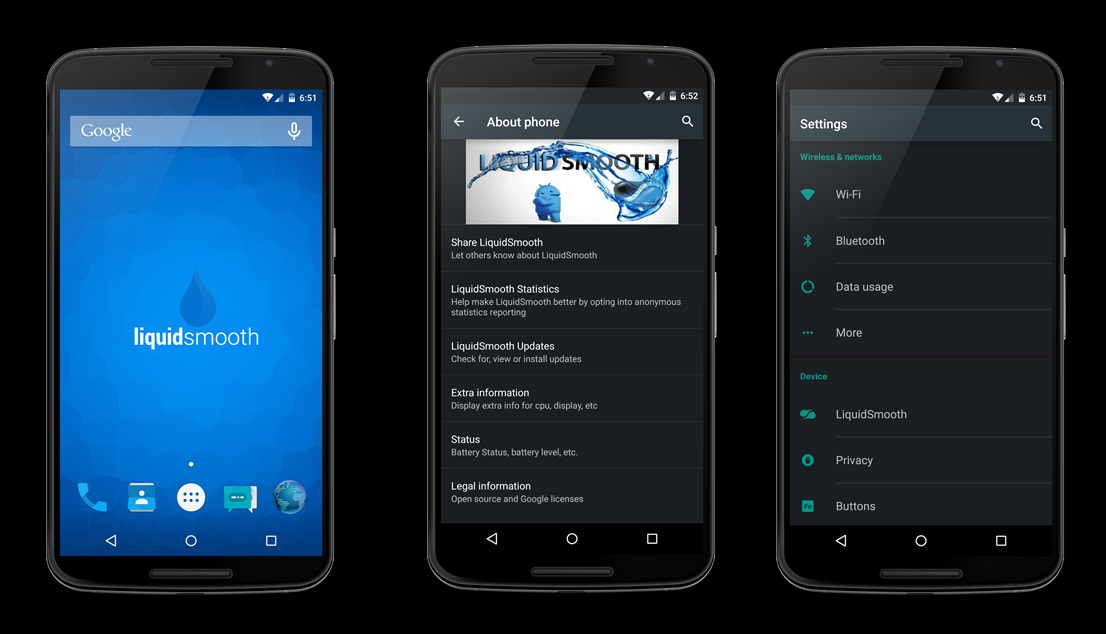 Some of the best and unique features of this ROM have been written below.

This ROM is still in nightly version, so there are quite a few problems in this. A major problem that has been experience by several users is the fact that they are unable to change the APN settings. There isn’t any option for APN change yet. For several users who need to change those to enable internet should not download this ROM for now. Also, camera is force closing in some devices.

You can download the ROM from this link – ROM and GApps from here – GApps. The GApps is the same as that for the SlimROM.

The instructions to install LiquidSmooth ROM have been written below.

You can know more about this ROM from the XDA link – LiquidSmooth XDA.

We shall keep on updating as these versions get updated and other ROMs are developed. Continue to keep a check on this article to get the latest updates, and let us know about your favourite ROMs in the comments below.