LG has launched their new Flagship Android device in IFA 2012 Berlin named as Optimus G. We were already getting many rumored specs and photos of Optimus G. Lastly, LG has confirmed all the details and released some photos. Website like GSMarena and Phonearena are already providing hands on review but here I try to provide almost all details in a brief article. Optimus G features latest Quad Core processor Krait running at a clock speed of 1.5Ghz and can be overclocked to 1.8Ghz. SnapDragon Chipset with updated Adreno 320 graphics provide it a great platform. Right now the device runs Android 4.0.4 IceCream sandwich but LG has promised to update it to Latest Android OS Android 4.1 Jelly Bean very soon. Check out the detailed features of Optimus G. 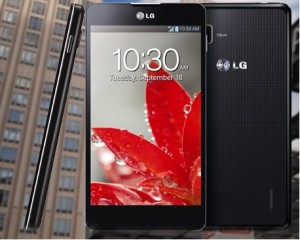 Verdict: For now, LG Optimus G is the top notch Phone in the market. There is no Phone that has shown competing performance with it in Benchmark test. But Performance is not everything. No Body needs much power with their Phone until you are a hard core gamer. If you just work on some files, apps and internet then even a Dual core Phone can do the thing. LG optimus G is definitely showing its way to future. It packs the best performance in smallest possible package and this really justify the smaller battery and heating issues. There are much better devices available at competitive price. We must check out the Samsung Galaxy Note 2, SGS3, HTC One X and some other upcoming devices.

According to latest research by Google "Only 5% of devices activated daily are Tablets" but I see market filled with...