People are getting too much interested in having Tablets on move. Tablets are handy and have a bigger screen than phones to work or enjoy videos. We are listing here the best tablet you can buy on this festive season for yourself or to gift anyone. Most of the Tablets listed here are powerful enough to give iPad a competition. There are many other budget priced Android Tablets that will be getting Jelly Bean update very soon but we have not included them for now. You can also check our article on Best Gaming Android Phones and Games:

Android 4.1 Jelly Bean– The latest Android OS is specially designed for Hybrid operation like on Tablet. Jelly Bean with different types of Hybrid is compatible to most of the Dual core and Quad core processor power device and thus Wide spread very soon. We are here listing the best Tablets that are already running Android Jelly Bean or will be updated to Jelly Bean very soon.

Asus after working with Google for Nexus 7 has created their own Quad Core Tegra 3 based Hybrid device which is both a Tablet and a netbook. The device was launched with Android 4.0 IceCream Sandwich but there are Jelly Bean firmware leaks and custom ROM available for this Tablet. Asus has also confirmed that TF700 Tablet will get the JB update by next month Officially. 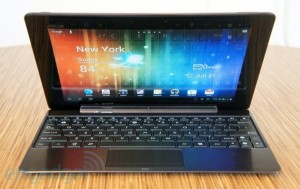 The biggest fear of iPad of all time is Google creating their own Android based Tablet and this has came true with Nexus 7. Google worked with Asus to give Nexus 7 a Quad core processor and graphic gaming engine. Nexus 7 runs the Quad core nVidia Tegra 3 processor and GeForce graphics. Google launched it with Android 4.1 Jelly Bean and later updated to Android 4.1.1. 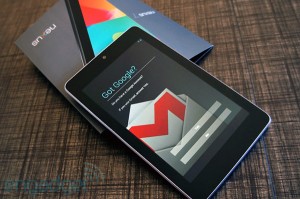 Amazon has launched their own revived version of famed Kindle Fire named as Kindle Fire HD as it has a high definition IPS touch screen. Powered by a Dual core 1.2 Ghz Processor and PowerVGR graphics with all Nexus 7 features but pre installed with Android 4.0 Ice Cream Sandwich. Amazon is working on a Android 4.1 Jelly Bean update and it will over OTA within few months. 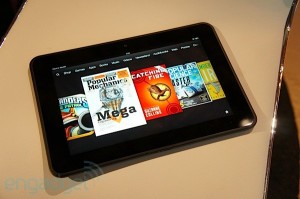 Samsung gave its best to rival iPad with its new S-Pen sensation on Note 10.1 which is a big screen giant. Fueled by a Quad Core Samsung Exrynos processor and Mali-400MP graphics this is one of the most powerful Tablet available in the market. It was launched a month ago with Android 4.0 IceCream Sandwich but the Jelly Bean firmware has been already leaked. It seems like the update will be released officially anytime by next month.

Transformer Pad TF300T has already got a Jelly Bean leak and the Official firmware will be released soon. Transformer TF300 packs great performance at a more affordable price compared to Note 10.1 and TF700. The design may not be as thin and sexy but it definitely packs good power. Running a NVidia Tegra 3 and GeForce GPU with 1GB RAM it was shipped with ICS but JB will be available very soon. 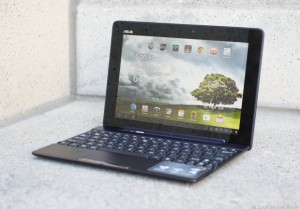