In recent years, Android and Google joined hands together to overturn the whole scenario of mobile computing. Samsung has been essential part of this revolution by regularly launching the best selling Android Smartphones. Samsung recognized Android as the best weapon to use against Nokia. Samsung has already launched and sparked market by Smartphones and Tablets like Galaxy SIII and Galaxy Note 2. Galaxy Note 2 is an S-pen based quad core processor powered Android Jelly Bean Smartphone. It’s a powerful device but still users who want more out of their phone or want to change the experience can install the various custom ROM available over internet. We decided to hand pick some of the best ROM available for Note 2 on the basis of features and stability. 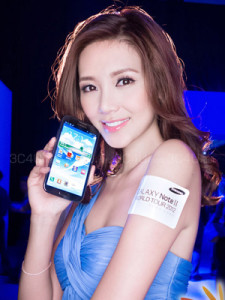 Android 4.4 Kit Kat firmware OmniROM for Galaxy Note 2: Users are looking for the ways to install Android kit kat firmware on their device. Samsung users are lucky as there are lots of developers who are working to bring up custom updates for samsung devices. Team omni ROM has developed this custom ROM with Android 4.4 Kit Kat base. Most of the features are working and ROM is stable on the device. There may be some minor bugs.

PacMan ROM for Samsung Galaxy Note 2: Pacman is a combination of 3 super optimized and feature rick ROM like Paranoid, AOKP and CyanogenMod. Pacman ROM has all the tweaks and goodness of these ROMs packed into one and Based on Android 4.3.1 Jelly Bean its super simple and fast. There are no bugs and everything is stable and working fine. You must try this ROM if you are looking for a fast and tweaked custom firmware.

WanamLite ROM for Galaxy Note 2: Wanam is a known developer on the famous XDA forum and has developed custom firmware for many devices. He has released an Android 4.1.2 XXDMC3 firmware based ROM for Galaxy Note 2 LTE N7105. This firmware is stable as its created from official Stock. The user interface is blazing fast with good battery life. Most of the stock features are working beside that developer has added some essential performance tweaks and features.

CyanogenMod 10.1 ROM for Galaxy Note II N7105: CyanogenMod is a free, community built, aftermarket firmware distribution of Android 4.2 Jelly Bean, which is designed to increase performance and reliability over stock Android for your device.

CyanogenMod is based on the Android Open Source Project with extra contributions from many people within the Android community. It can be used without any need to have some Google application installed. Linked below is a package that has come from another Android project that restores the Google parts. CyanogenMod does still include various hardware-specific codes, which is also slowly being open-sourced anyway. To get more details about the ROM and to download it, visit the link provided below:

Bullet ROM for Galaxy Note II N7105: The ROM is based on Android 4.1.2 Jelly Bean and is 100% Bloatfree. The ROM is De-odexed, Zip-aligned and rooted with the latest SU. Other Inclusions in the ROM are: Disabled Setup, Removed OTA checker, Added busybox, and Init.d support (BusyBox run-parts). To fulfill all other information about this ROM and to download it, visit the link provided below:

Simplistic Completely PURE Stock ROM for Galaxy Note II N7105: The ROM is completely based on the stock OS. Features of the ROM are: Non-Wipe, De-odexed, Zip-aligned applications, Fully Rooted, Installs busybox automatically and other cool stuffs. To know more about the ROM and to download it, visit the link provided below:

All the ROM’s mentioned here are from reliable sources and reliable developer; you can choose any of your choices. Just let us know if you face any issues, we will try to find a solution for the same.