We are getting surrounded by all kinds of devices that are bringing new hardware, user interface, Operating system and apps. It’s getting lots confusing for Android users as well, as there are lots of custom ROM available for their devices and they are not able to figure what are the differences or advantages. I am here to help you with understanding how to choose the best available ROM for your Phone or Tablet. 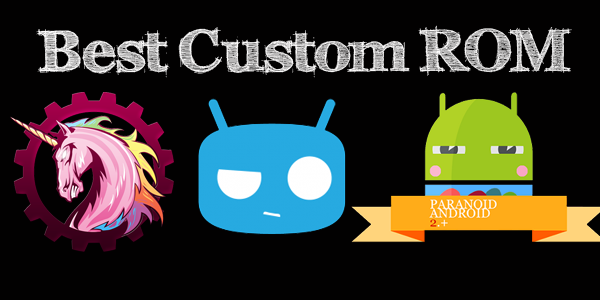 What is custom ROM?

ROM is the firmware package on your device which consists of the Launcher, User Interface, apps that control the hardware etc. So there are lots of codes and APK files packaged in a zip file that is flexible using custom Recovery. A custom ROM can only be installed on a device that has custom ROM recovery installed on it and the bootloader is unlocked.

Features of a custom ROM are totally based on the choice of the Coder or developer who cooks the ROM. He may add multiple launcher, File manager, Camera and gallery apps. Beside that he change few system features and user interface codes as well. There are lots of different developers who mostly cook ROM by customizing the Stock Firmware. But few choose to compile the full firmware again from the source code.

You can get custom ROM features on your device even without installing custom ROM . This can be achieved using Xposed Framework and multiple modules available for different features and tweaks.

How to choose the best custom ROM for your device?

There are lots of custom ROM, some are based on Stock firmware and some are created from the firmware ripped from the newer devices. And there are few which are totally new firmware. If you want a stable interface then choose a custom ROM that is based on stock firmware released for your device and developer has removed the bloatware and unwanted apps. Beside that also take a note of extra features packed in the ROM. These ROMs are stable and most of the features and hardware will be working flawlessly.

The custom ROM ripped from newer devices are like a firmware released for with HTC One [a new device] is unpacked and customized to run on HTC One X [an old device]. Most of the times there are some bugs and some hardware not working with these type of custom ROMs.

There are few other ROMs like CyanogenMod and AOKP that are maintained by professional developers and stable version are released for limited number of devices. The ROM released for these devices are already tested and works without any issues.

Few other developers pick their source code and recompile it for other devices but sometime there are some minor bugs with the compiled firmware.

CyanogenMod team is well known for their bare-bone minimal custom ROM that packs some powerful tweaks. There are no whacky customizations and launcher its all simple and fluid. Most users who love the Stock Android or AOSP based codes that runs on Nexus devices, prefer CyanogenMod ROM for their devices.

It’s a very mature project supported by professional developers from all over the World. If you are sick using the current firmware of your device that is laggy and bloated with lots of carrier and manufacturer apps then you will love the liquid fluid interface of CyanogenMod ROMs.

CyanogenMod ROM developers release it for fewer devices only. But other developers recompile it for other devices. If you own a Samsung or HTC device there should be CyanogenMod based custom ROM available for your device.

Tip: Choose the Best launcher for your Android Phone or Tablet

AOSP is maintained by Google and there is a full open source customizable version AOKP.  It has all the freedom to tweak and customize unlike CyanogenMod . The features are almost same but AOKP and CyanogenMod ROM are build to provide stock feel without much use of graphical animations. But AOKP packs some great customization options like Vibration patterns, Cutom toggles and navigation rings. These all make AOKP ROMs much preferred than CyanogenMod.

There are many other custom ROM which is based on CyanogenMod and AOKP codes and gaining popularity because of bulk of added features and customization options. Most of the Samsung device owners now know about Pac Man and Paranoid Android custom firmwares.

Paranoid custom ROM developers were big fans of AOKP but were disappointed with the lack of customization and eye candy options. So they picked up AOKP and programmed some of the most amazing customization and controls that made Paranoid a big hit. Let’s talk about a few features that makes Paranoid better thank CM and AOKP. 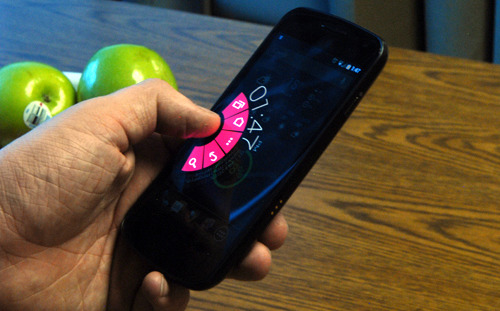 Hybrid Engine: The first thing Paranoid Android brought up was tablet interface to Android Phablets. Then they changed that program and introduced per app density so that you can set up DPI on a per app basis. So every app has its own graphical size and you can use apps as Phone or Tablet interface. This is one of the most awesome feature and loved by me and other users.

Pie Control: Paranoid developers introduced Pie control to match up with the per app hybrid engine. They removed the bottom and top bars and thus every app run in full screen, which is beautiful. To control or get extra option you just need to swipe the side of the screen and a Pie control menu will appear. This was an awesome add-on to the user interface and pumped up the eye candy quotient.

Halo Notification: It is another addition to interface to show notification from apps. It works like the Facebook chat heads.

The name PAC man stands for Paranoid, AOKP and CyanogenMod. Hilarious but the developers wanted to bring all the good features to gather without much hush hush controls to confuse the users.  Sensible settings provide better control over system and interface. And the main USP is that you are getting lots of good features hand picked from the 3 custom ROM in one pack. 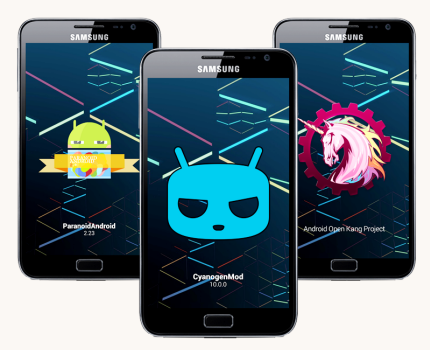 Which ROM did you choose?

We would love to hear about which custom ROM you picked for your device. What are the features you love and hate about the ROM? Most of the ROM has been updated to latest Android 5.0 Lollipop versions.

2 thoughts on “Best custom ROM for Android phone and Tablet”