With the step by step development of the technology, the mobile phones that we use have advanced a great deal. The phones that we were earlier high in performance like battery back up and all but when it came to features, the mobile phones did not meet the standards. The present day technology allows us to have great technology, but then it does put pressure on some other features like battery, speed, etc. This does not mean that we will embrace modern day mobiles without performance. This is what actually happens at times. The modern android mobile phones seem to go down a bit on performance with age. But there is no necessity that you will have to bear up with it. Here are a few tips and applications that will help you to increase the performance of the device greatly. 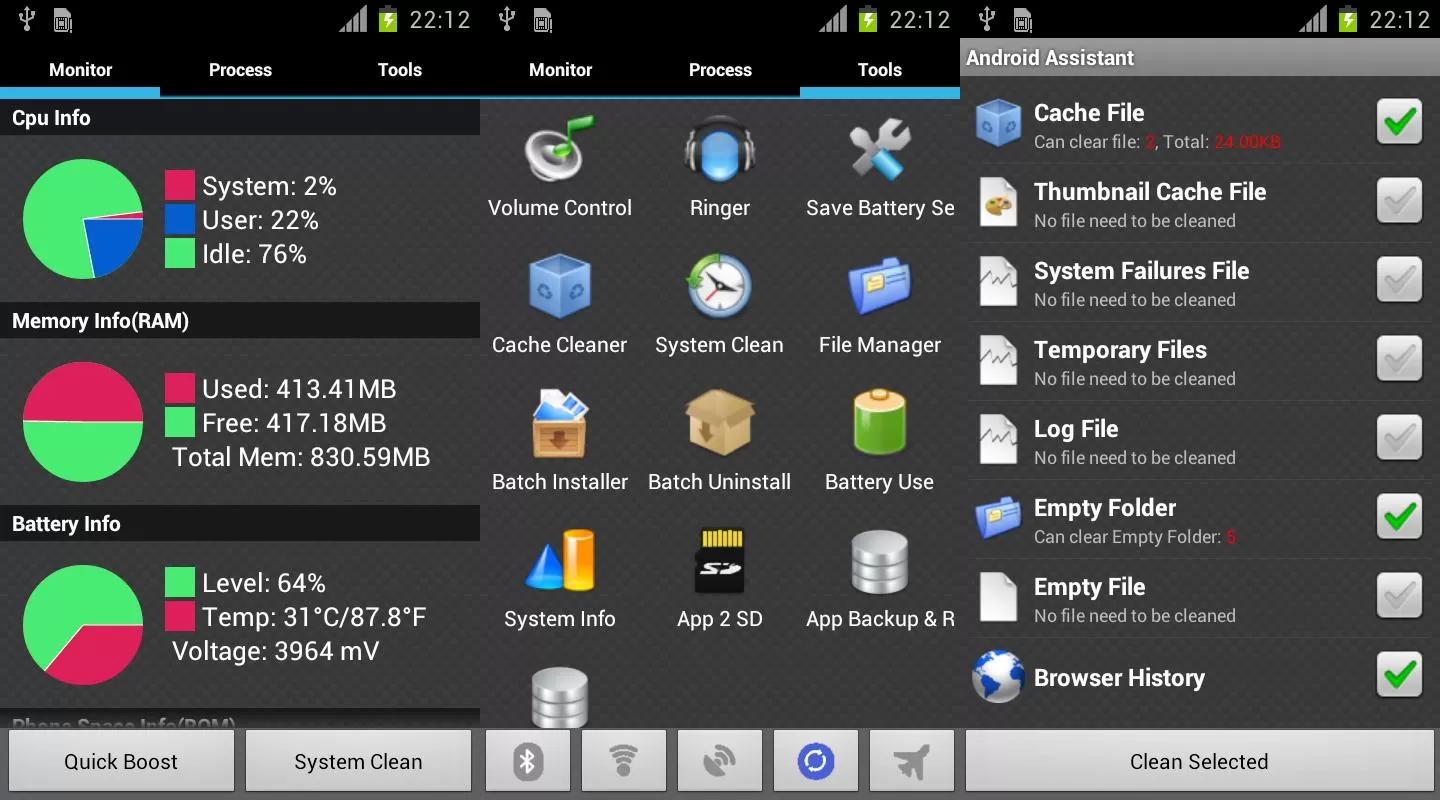 Fast Reboot: More often than not we will see that the device takes an awful lot of time to reboot. But it is also, very true that the device needs to be rebooted at times in order to kill the background process that stay hidden in the operating system. This is where Fast Reboot is the best choice for you. Well, Fast Reboot also helps in situations where the older versions of Android crash too often and the user is in need to reboot the system.

ROM Toolbox: ROM Toolbox has been yet another application that is used for the purpose of killing the unwanted background process that run. Such processes not only kills your battery, but also take up a lot of space in the RAM making the device slow. Thus, it will not be a bad choice to install the application in your system. With ROM Toolbox you will get a lot of features that generally do not come in one single package.

Greenify: There are many applications that can be used to kill the background processes, clear the extra data, etc., to make an android device fast, but the truth is that it is not a permanent solution to the problem. You will face the same issue when you start the applications again. But things are a bit different with Greenify. Greenify does not kill the process, rather it puts the application to a sleep. In the sleep mode, the background processes are automatically turned off by the respective applications clearing off the memory and saving the charge.

Watch Dog: The name itself is probably stating the work that it does. Watch Dog is probably the best application available to keep a check on the applications that are misbehaving in any sorts. The monitoring of WatchDog allows you to realize the application that has majorly affected the speed and performance of the device and thus you will know which application to remove.

CPU Tuner: Yup, it is really true that all the machines that require a bit of tuning. The scenario is same in the case of Android devices as well. The CPU Tuner can easily find out the issues that is killing the speed of the device. Thus, CPU Tuner destroys all the process responsible for the reason. Once the process has been destroyed, the performance of your device automatically increases.

In spite of the fact I have already mentioned about the 6 best applications for enhancing the performance of the android device of yours, I would rather say that the users should do certain things to help in the cause.  With the best applications gone, it is time for some simple things that you should be doing in order to enhance the performance of your Android device.

That’s all we can suggest, if you think that we have left any important tip then let us know we will surely add it to our base.