Amazon has recently launched the Kindle Fire HD to compete with Nexus 7 and now Amazon’s most close competitor in the market Barnes and Nook has launched their Android ICS Tablets Nook HD and Nook HD+.

Nook HD + has a much higher resolution 9 inch capacitive HD screen that works at 1920X1280 PX and 256 ppi density. HD+ is powered by a 1.5Ghz Processor and 1GB RAM. Other features include SRS TruMedia Sound and 6000 mAh battery that provide upto 10 hours of nonstop video session. 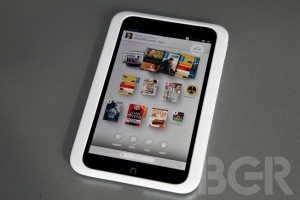 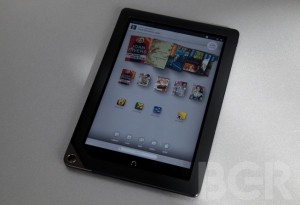 Barnes and Nook has made it much clear that they want to compete with Amazon Kindle Fire and Nexus 7 directly in the market and this reflects in Nook HD and HD+ pricing as well. Nook HD will be available for $199 for 16GB and $249 for 32 GB. While the bigger screen HD+ will cost $299 for 32GB and $269 for 16GB. Both the Tablets looks like Directly Targeted on Kindle Fire HD and Kindle Fire HD 8.9. You will be getting access to Barnes and Nook’s 3 million EBook library and ever growing app, TV Shows, Newspaper, Magazine, and Content Library they have developed it strongly over the years of evolution. As far has hardware is concerned both tablets are par with Kindle Fire HD and features SD card expansion slot that are missing on Kindle Fire Tablets.

I will wait for a Hands on review to present my Final verdict. Nook HD and HD + will start shipping in October 2012 end.

pros and cons of nook hd