Are you using a carrier-bundled iPhone or Android Phone, and annoyed with the preloaded junk apps that are of no use to you? Mostly these apps are carrier-installed apps like AT&T Locker, Verizon tracker, and some other apps installed by T-Mobile, etc. Even the new Phones like Galaxy S7, Note 7, HTC One X9, and iPhone 6 come with various bloatware or carrier-packaged apps pre-installed. We will be describing some easy ways to disable or remove bloatware apps from your phone permanently. It is simple for Android users to disable system apps with root access, but iPhone users need to Jailbreak their device and install the Cydia tweak that will help them remove these junk apps. 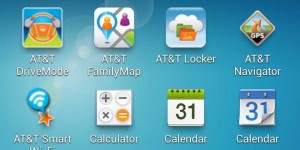 If you want to remove the preloaded apps which are available on your Android device, then you can do that with any of the following three methods.

How to Remove Bloatware on Android phones and Tablets

Step 1: Go to your phone’s setting menu.
Step 2: Then tap on the Apps menu and you will view all the apps present on your smartphone that will then appear on the screen of the device.
Step 3: Tap on any of the most used or regular apps where you will find the uninstall option. But, when you do or perform the same action for a preloaded app, you will see only the uninstall update options instead of the uninstall option.
Step 4: Then tap on it and uninstall all the updates of the selected apps. After completing this process successfully, you will view a Disable option for blocking the apps which you have done.

The above method is not an actual uninstalling process for a preloaded app. In this process, it will let you only disable particular apps so that you won’t run them next time.

If you have rooted your phone earlier then the root process in your Android device will perform this action at which you can uninstall or remove all the preloaded apps or data completely. But, first of all, you should keep in mind that the root process Will cancel your Android phone warranty.

Warning-  Deleting particular system apps can be the reason for breaking down your Android device. So do the root process at your personal risk only?

There are several Android apps that let users uninstall or disable apps on a rooted Android device. And personally, I will suggest you go for Titanium Backup as it offers users a lot of features. These apps also offer other useful features like the backup of all the apps and creating update.Zip files for restoring the phone in the previous stage if something goes wrong.  When you will tap on a system app within Titanium Backup, you will see the option to freeze or uninstall that app.

This method is not so much used by the user because it is too complicated. In this method, rooting an  Android phone by Android users to delete preloaded apps is to use a terminal. As you know that an  Android is based on the Linux operating system. So it uses a terminal that is similar to the Command Prompt that Windows has and  you can download that Terminal Emulator from the Play Store and type in the following commands:

How to Remove Preloaded bloatware Apps on iPhone or iPad

iPhone OS is similar to Android OS, a stock iOS device that also includes many useless preloaded apps that most iPhone users don’t like. Therefore they like to uninstall or remove them immediately. These preloaded apps cannot be uninstalled or blocked by any conventional means.

If your device has not performed a jailbreak action with your iOS device then the only solution is to move all those unwanted preloaded apps in a single folder and hide it in a corner. And of course, these useless apps will not be seen by your eyes every time you open a home screen or access your iOS device for a long time.

And if you have done a Jailbreak action with your iPhone device then you can delete all the unused preloaded apps using a root method. But you need to be alert about the same warning like no one will be responsible to damage the device’s operating system. It may also cancel the warranty of your iOS device after deleting all the useless apps. To proceed further with the process at your own risk.

First of all, you have to open the Cydia store and download MobileFinder. Once you’ve downloaded this, navigate to /private/var/stash/Applications.xxXXXx and you will see a list of apps that are installed on your device. Once you find the app that you want to get rid of, tap and delete it and you have done it.

Tip: Speed up your iPhone with this easy guide

And you are done with your device’s application what you want.