Facebook is one of the most popular and demanded Social networking sites across the globe, it is one of the easiest way of connecting to your friends, Family and colleagues. Everyone wants to be always connected with their facebook using their handset or Smartphone. Everyone wants to have a application or a Facebook launcher on their Android phone or tablet so that they can easily connect anywhere anytime they feel like and seeing that Facebook has recently launched its new and first phone and the APK that will allow you to install Facebook home on your Android Smartphone’s home screen has been leaked online.  This APK will run only on some of the selected Smartphones only and the numbers of Smartphone are very less. Google Nexus 4 is one of the lucky devices which will support this pre-release version of the launcher and it will be officially released this Friday for five handset. There are some bugs in this pre-released version some of the features are not working properly. 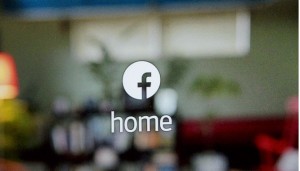 Phandroid says that Facebook Home APK can be installed in any Smartphone and it will work until it will not have maximum resolution higher than 1280 x 768p. This APK will not run on any phone which is equipped with a 1080p display and you should also have a version of the official app pre-installed on your Smartphone. If you are excited and really want to give it a try then you have to just go to the Modaco’s download links for full information. You will also require to download Facebook’s “katana” APK, the separate “porca” messenger APK and the APK for Facebook Home. It is very simple to install the Facebook home on your Android phone and tablet, you will just have to follow these easy steps to get Facebook home installed.

Step 1: First of all your Android phone or tablet must be rooted before you begin and also you must backup all your information and Data.

Step 3: Then you have to delete said file and be assured that you have already made a backup of your data.

Step 6: Then you have rebooted your phone or tablet and then you have to install Facebook from the Play Store then uninstall it.

Step 7: At last you will have to install above APKs and it is done.

If you even leave it installed and set your regular launcher as the default then Facebook Home will function as a lockscreen only.

News Update: Facebook Home is now officially available for few Phones like HTC One M7, HTC One X, One X+, Samsung Galaxy Note 2 and Samsung Galaxy S3. You can download it from Play Store.