Considering the call rates over long distance communication, the users have always been interested in something that will help them to reduce the cost considerably. The online chats and video calling service played a really important role in the context. But that did not allow the people to be connected loin voice media at any point of the day. The next change that was required to come from the next generation mobile operating systems. Frankly speaking, the person who has an Android device in his pocket does not need to worry about the act of making a long distance call now. There are many applications in the Android app store that will allow you to make a call without any trouble what so ever. 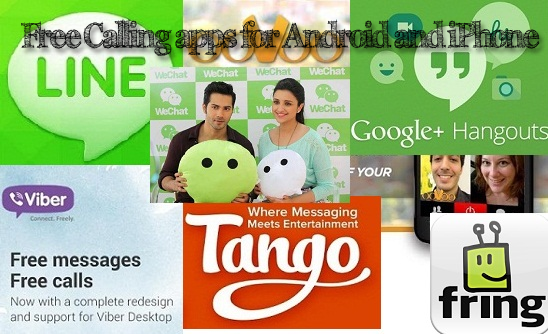 How to make free calls from Android Phone [Best apps]

Skype: We all are very well aware of the fact that Skype is one of the well know software organizations that has been working hard and efficiently enough to bring people together. Skype made its debut in the field of communications over the computer and now the Android application from Skype allows you to stay in touch with your loved ones over the phone. The application allows you to send m free text messages and free calls for free. The quality provided by Skype is the assurance enough that it is one of the best in the field presently.

Viber: Viber is one of the top applications that can be effectively used for the purpose of communication with your family and friends for free. Viber allows you to send free texts, share your loved photos, your status, location and, more importantly, a free call to any part of the world. The application is readily available on the Android app store. To add to it, I feel that one surely needs to mention the fact that Viber was initially created for the iOS operating system. But the speed and the efficiency displayed by the application has ensured that it rises up the ladder to top android social messaging apps quickly.
Click here to download Viber App for Android.

The Scenario is very much the same for iOS users as well. There are many applications operating on the iOS system that allows its users to make free calls all over the world at a negligible price on the internet. The applications can be effectively used to communicate with your friends and family. Well, this ensures that communicating will never be difficult no matter where in the world you live.

How to make free calls from iPhone and iPad [Best apps]

Talkatone: Talkatone is one of the best applications running on the iOS system for the purpose of making free voice calls. The application can be easily downloaded and used to make calls and send messages, share photo’s on anywhere on the planet. The user Interface is not probably the classiest, but the users will not find any difficulty in using the application.
Click here to download Talkatone App for iOS.

Skype: Here we go with Skype again. Skype is among the top 3 applications in case of Android as well. Thus, it clearly shows the quality of the product and hence the user reviews. The features of Skype under iOS are completely same as that of Android. All you need to do is download Skype for iOS and use it to make the world a smaller place.
Click here to download Skype App for iOS.