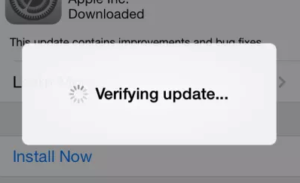 Many users who are installing iOS updates (whether beta or final versions) encounter an issue where a spinning pop-up indicator message saying “Verifying update…” appears stuck on the screen. This is a fairly common issue that is somewhat annoying because while the iOS update is verifying, the entire iPhone or iPad is unusable. To Fix … Read more